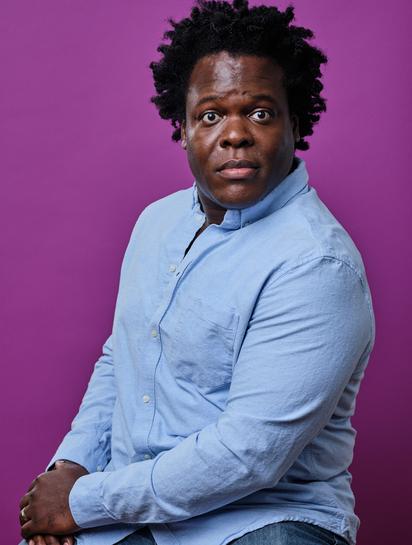 Even though he wasn’t ready to take the stage, Darryl’s love of comedy was always there. “The first joke I remember was Bill Cosby’s ‘Noah’s Ark’ joke. We had the Best of Bill Cosby tape and I let that tape rock constantly. Salt N’ Pepa was the first rap album I owned, but I think I played Bill Cosby more.” Besides comedians whose personal lives do not reflect his own in any way, Darryl followed other greats as well “The first special I ever saw was [Eddie Murphy’s] Delirious cause we was in the hood and the only cable channel we had was HBO for the whole building,” he recalls. In addition to Cosby and Murphy, Richard Pryor, Chris Rock, Paula Poundstone, Eddie Griffin, and Katt Williams were big influences.

After graduating from college and fulfilling the child of a Caribbean immigrant’s requirement of becoming an electrical engineer, his journal started to fill with more stories and actual jokes. “When I decided I wanted to do comedy, it took me a year to actually get on stage. And in that year I tried to write down a lot of the stories that I would tell at parties,” he remembers. Finally, against all logic, Charles left stable pay and benefits to tell jokes for a living.


Inspired by both the pain and hilarity of real life, Darryl’s jokes range from ripped from the headlines to ripped from comic books. “I remember the first time that I saw something on the news that hurt my feelings enough to try to make a joke out of it. That’s the hatchet joke that's on my first album, Black Gentrifier,” says Charles. “That also was the first time that I had written a bit, showed up at a place, and then tried it out and it crushed. I took a brand new idea onto stage and when I was done, the entire room was like, thank you for doing that.”


Now as a veteran comedian, Darryl has toured across the country and opened for a variety of amazing comics and legends like Adam Ferrara, Greg Fitzsimmons, Dave Attell, and the late greats Patrice O'Neal and Dick Gregory. He’s also an experienced improviser, and has been a member of ComedySportz Philadelphia since 2011, where he teaches and coaches. He is a sketch comedy writer and performer, doing most of that work with the sketch group The Layoff Kids, who have been featured on Funny or Die. He's been seen on The Travel Channel, ComedyCentral.com, and commercials for Houwser and Tushy. He's also the co-host of DTF: The Darryl and Timaree Funhour, the best sex-ed/comedy/gameshow in the known universe.


In addition to more of the above, Darryl’s is in the early stages of crafting a second album, rounding out more sketches and scripts, keeping his hands clean, and making sure people don’t breathe on him.

For Baltimore-by-way-of-Philly-by-way-of-Brooklyn comedian Darryl Charles, making people laugh came naturally. “I would imitate family members at parties. I was voted class clown in high school. So, I guess I've been a goofy person my whole life.” Growing up in a large Caribbean family in 1990s Brownsville, there was always a packed house to serve as both audience and an oasis from one of the roughest neighborhoods in New York. “You just kind of stuck to the enclave back then. So it was just family for the most part,” he recalls. “Life in Brownsville in the ‘90s was rough. I'd been robbed at gunpoint and everything. But you still had fun. We still did stupid kid things. We still played ball. We still ran around and set trash cans on fire. We were lovely idiots.”

He didn’t start to think about comedy seriously until friends started to essentially book him for spots in college. “My college roommate was pimping me out to tell stories at parties,” says Charles. “You meet somebody you like, and y'all decide to make each other's company for this party. And he kept interrupting like ‘Darryl’s super funny! Tell the story!’ And that’s when I realized he just brought me here to entertain these people.”

Those informal performances at parties lead to more and more people encouraging Darryl to pursue comedy seriously, but it wasn’t yet on his radar. “They’d throw a bunch of parties and I would just find myself telling the same stories. Even then, I was like, ‘Yeah, I need money. I came to college to get a paycheck.’” Still, around the same time he’d started journaling--writing down observations and thoughts that, while not in the format of premises and punchlines, would start his love of the writing process. 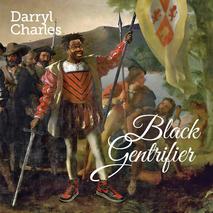